Three racers died this weekend in France whilst competing in the ultra-trail The Grand Raid du Mercantour, about 80 kilometers north of Nice in the Alpes Maritime. This was the fifth edition of the 80 km race. The victims are Philippe Burdin, a fifty year old accountant, Christine Gaussin, a fifty year old GP and Hervé David, a fifty-four year old anaesthetist.

French adventure racers are shocked and in mourning and looking for answers as to what exactly happened. According to the French newspaper Le Télégramme the racers and organizers were surprised by a violent storm with hail, snow, fog and gusts of wind up to 120km/hour. The race was neutralized around 00h30 at the check point Madone de Fenestre but the racers who lost their lives had already passed this check point when the order was given. The accident happened above Saint Martin de Vésubie (Alpes Maritimes) at an altitude of 2,300m on a grassy slope made slippery from the snowfall. According to the initial police reports the hypothesis is that the runners lost consciousness after a fall and died of hypothermia. Their bodies were found 150 meters from the trail and within 10 meters of one another, five kilometers from the finishing line. They were wearing shorts, a T-shirt and a windbreaker.

On the racing forum Kikouroů Claire b. posted the following, “I arrived at the Madone at 23h45 just as the rain started to fall heavily. A few minutes later racers who had left this check point returned and told us that the weather conditions were apocalyptic. The volunteers told us that they wouldn’t let us continue until they had contacted the organisers to see if the race should be stopped. A few moments later the race was neutralized and shuttles were called to drive us back to St. Martin. …I’m haunted by that night, black and cold”.

According to the official race website the mandatory equipment list was 2 liters of food and water, a survival blanket and elastic strapping. Poles and gaiters were also highly recommended as the website warned that 20% of the course still had snow on it. They also stated that there would be an equipment check before the race began as well as possible surprise verifications during the race. However a friend of one of the racers who died said that there were no checks before or during the race.

In the French media many questions are being asked such as why the race was not neutralized earlier. A blogger wrote that he felt the organisers were overwhelmed and understaffed but in a television interview a representative from the Mayor’s office praised the profesionalism of the organisers.

Two of the families are sueing the organisers and according to Hervé David whose father died “This accident should never have happened”. He added that the families want to understand what happened and that according to the information he had there was a problem with the organisation, not enough volunteers, and that they sounded the alarm too late, six hours after the accident. (Le Télégramme)

The French newspaper Le Dauphine Libéré wrote that the winner, Sébastien Chaigneau, said his victory has a bitter taste and he wishes he could turn back the hands of time.

The newspaper questionned how appropriate it was to have held the prizegiving ceremony in light of the tragic events that had unfolded during the night. In the newspaper Nice Matin the organiser Mr. Thierry Fadini was quoted as saying “I haven’t been able to sleep for four days…I’m sorry, I can’t tell you anything more”.

The police investigation continues, legal action has been taken, and key questions remain unanswered. But above and beyond all of these considerations there are three families whose loved ones did not return home and most sincere condoleances are in order. 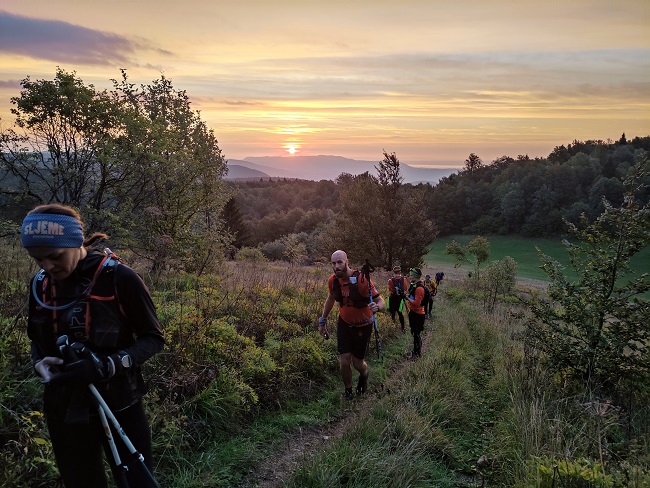